Home → The Orders → Order of San Salvador of Aragon

Order of San Salvador of Aragon

THE ORDER OF SAN SALVADOR OF ARAGON 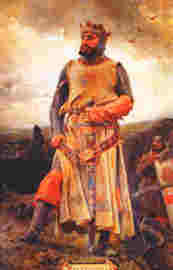 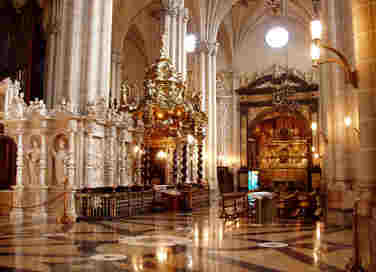 The Order of San Salvador of Aragon was founded in 1118  by King Alfonso I of Aragon the year in which he recaptured Zaragoza. The original purpose of the Order was to bring together the knights of his realm to continue the expulsion of the Moors who had occupied his kingdom. He named the Order after San Salvador (or, in English, the Holy Redeemer) the dedication of the cathedral in his capital Saragossa in which he and the subsequent kings of Aragon were crowned. Alfonso I credited his reconquest to the Holy Redeemer. Centuries later, of course, the independent Kingdom of Aragon was incorporated into modern Spain but the descendants of its kings live on, by whom the Order was revived in 1851 to carry out charitable activities. It is traditionally the first of the Aragonese honorific Orders to be awarded and may be given to persons unconnected with the Military Order of the Collar. The distinctive cross of the Order is known in heraldry as “moline” because of its similarity to a millrind (which is moline in French).

The Order of San Salvador of Aragon was founded in the year 1118 by King Alfonso I of Aragon to fight against the Moors and was restored as an Order of Merit of the Military Order of the Collar of Saint Agatha of Paterno and its Grand Master is jure sanguinis the Chief of Name and Arms of the Royal House of Aragin Majorca and Sicily, of the Dynasty of Paterno of the Balearic Islands.

The Order is conferred motu proprio by the Grand Master on the proposition of the Grand Chancellor of the Military Order of the Collar or of the Governor of the Royal House.

The Knights of the Order belong to one category and are divided into the following ranks :

The Order may also be conferred on Dames.

The Order is awarded without regard to religion or race and rewards faithful supporters of the Military Order of the Collar and its Hospitaller Service.

The decoration of the Order consists of the cross moline Or, enameled Gules, surmounted by the royal crown and pendant from a ribbon of watered silk also Gules.

The arms of the Order are blazoned: Quarterly, I & IV Or a cross moline Gules, II & III Or four pallets Gules a bendlet Azure.

Knights and Dames of the Order are subject to the discipline of the Military Order of the Collar in which they have been admitted. 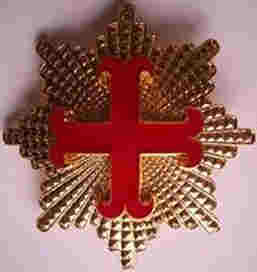 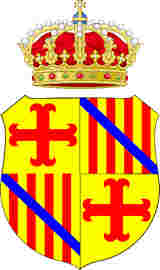