Home → The Orders → Order of the Royal Balearic Crown

Order of the Royal Balearic Crown

The Royal Order of the Balearic Crown

This is the second Order by seniority (after the Order of San Salvador) in the Honorific Orders of the House of Aragon. It takes its name from the Balearic Crown pertaining to the Kingdom of Majorca, bestowed by the Will of his father James I The Conqueror in 1276 on Jaime II of Majorca, the second son of his second wife Yolanda daughter of Andrea King of Hungary.  Jaime’s elder brother Peter III The Great succeeded at the same time to the Crowns of Aragon and Valencia and the County of Barcelona. 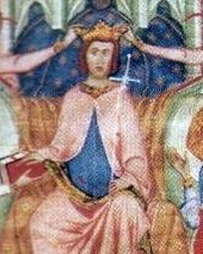 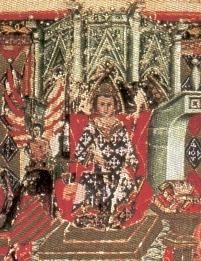 The Crown descended through the successors of Jaime I but latterly as vassals of the senior branch of the family, the Kings of Aragon. On the death of Jaime III of Aragon in 1349 in the Battle of Llucmayor the Kingdom of Majorca was subsumed into the Lands of the Crown of Aragon despite the best attempts over several years of Jaime IV of Majorca to gain his father’s throne.

The Balearic Crown covered the Balearic Islands of Majorca, Minorca, Ibiza and Formentera as well as the counties of Roussillon and Cerdanya and the city of Montpellier and surrounding territories (all in modern France). Its capital in fact was not in the Balearic Islands but somewhat perversely in Perpignan where the Palace of the Kings of Majorca can be visited. In Palma of Majorca there is a royal palace, still a royal residence, which is also spectacularly worth a visit. 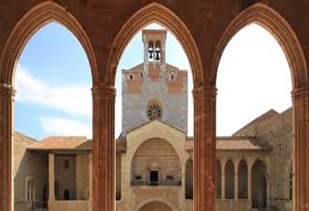 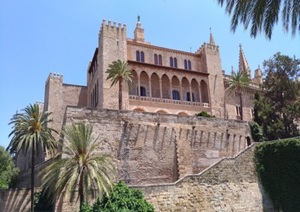 The Order was founded in 1861 by don Mario I as an honorific Order but remained in effective abeyance until 1959 when don Francesco Mario II (grandfather of the present Grand Master) revived it.

The insignia include the eight-pointed, so called Maltese Cross, but which is in fact used extensively across the insignia of myriad orders of chivalry and its four arms are deemed to represent the four cardinal virtues while the eight points represent the Beatitudes of the Sermon on the Mount. Between the arms are sirens suitable for a maritime realm such as the Balearics but also Sicily. 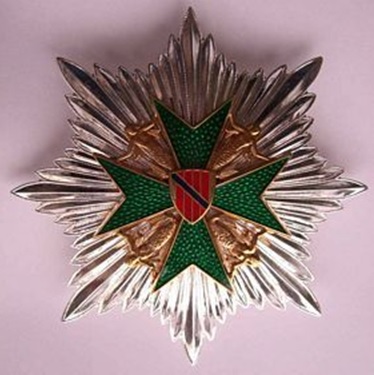 The Order of the Royal Balearic Crown is of the jus patronato and advowson of the Royal House of Aragon of the Dynasty of Paternó Castello Guttadauro Ayerbe Aragona of Carcaci of Emmanuel, whose Head of Name and Arms is its Grand Master jure sanguinis.

The Order is bestowed to reward services rendered to the Royal House of Aragon and also to such as merit recognition for their contribution in upholding spiritual values in whatsoever field of human activity.

The necessary conditions for the bestowal of the Order are to be deduced from the aforegoing Article combined with the moral and civil standing of the candidate.

Knights and Dames of the Order belong to a single class which includes the following ranks:

Bestowal of the Order is the exclusive privilege of its Grand Master upon proposal by the Governor of the Royal House or the Grand Chancellor.

The Order is conferred equally at all levels on Knights and Dames.

The arms of the Order of the Royal Balearic Crown is also the basis of the insignia of same, namely a gold eight branched cross or Maltese cross enameled green, charged at its centre with the escutcheon of Paternó, between its branches a gold siren and surmounted by a royal crown.

Matters of discipline concerning members of the Order are to be referred to a Court of Honour constituted by the Military Order of the Collar.

The present Statutes replace and cancel those of 1861, 1961 and 1969. Full powers of amendment and exemption are reserved to the Grand Master.

Given from the Magistral Seat in Catania, today the 5th February 1990, XXII of our Magistry.
The Grand Master
Roberto P.

Witnessed by The Governor
Santa Margarita